Nathan was invited to our neighbor, Madelyn’s, 3rd birthday party (I got to go too!). It was over at the bowling alley in San Marcos. Aside from the Wii, it was Nathan’s first time bowling, and my first time since I was in my early 20s. We both had a great time. 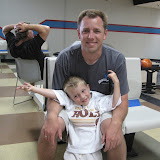 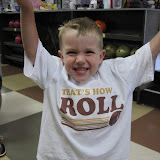 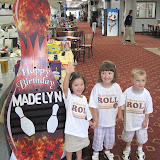 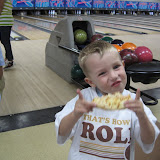 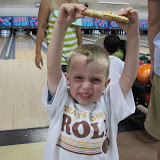 Nathan had never been to the San Diego Fair before, so I thought today was as good a day as any to introduce him to farm animals, junk food, rides, and carnies. We got to the fairgrounds around 10am or so, parked, took the tram to the gate and went inside. We walked through the livestock paddocks and saw goats, ducks, pigs, and cows. Next up was the pony ride. Nathan got his cowboy on and was quite vocal with his “giddy ups” and “yeehaws”. After that it was time for a food break what is sildenafil citrate. We decided to patronize one of the many Hotdog on a Stick kiosks. With our bellies full, we headed over to the midway to ride the Ferris wheel and take a spin on the bumper cars. We ended the day with a couple of hand dipped ice cream bars and an Orange Julius.

It’s been a little while since the ol’ blog got a post and photos have been piling up on the computer just waiting to be shared. Here’s some pictures from a trip to the Julian Train & Gold Mine Tour that Nathan’s new nanny, Sam, took him on with some of his friends from the neighborhood.

END_OF_DOCUMENT_TOKEN_TO_BE_REPLACED

Nathan and I have been throwing pillows at each other for several months, but I had never thought to commit the act in front of a camera before…until now. I posted the following video to my facebook profile and it got quite a reaction from the crowd. Anyway, here it is for you non-facebook folks to enjoy.

Rest in peace, my love

My dear wife of nearly seven years, Dionne Nicole Held, passed away this afternoon at 3:45pm due to a very aggressive secondary cancer of the liver that was diagnosed about a month ago.

The past few weeks her health declined rapidly. Last Wednesday, she was admitted to the hospital because of reduced circulation to her fingers and toes. An abdominal CT was taken and compared to the one that was taken about a month ago, before she received her first round of chemotherapy. The treatment had little to no effect and, what made matters worse, her liver was unable to metabolize the drug, which caused more damage to her normal tissues than to the cancer itself. Because of this, her doctor informed us that she had about a week to live and that our focus should be on making her as comfortable as possible. She returned home last Friday and spent the last 8 days under hospice care.

Her parents, her brother and sister-in-law, her in-laws, her three best friends, and our close neighborhood friends were all on hand at one time or another. I can’t thank them enough for being there for her, Nathan, and me. I love them all dearly. I know she did too.

Yesterday (Thursday), after several days of pain management and decreasing quality of life, Dionne, perhaps sensing that the end was near, requested a walk outside. I, along with her mother and best friend, Anna, took her for a stroll around the neighborhood in her wheelchair, her last taste of the sweet rays of the sun and fresh air. I like to think that it was her way of showing us that she was still in control. If she wanted to go outside for a walk, then dammit she was going to go outside for a walk!

Today, the hospice nurse and doctor did an assessment of her condition. For all intents and purposes, she was in a coma-like state. She did not respond to stimulus, painful or otherwise. In that condition, I was told, she would pass in a matter of days or as much as a few weeks. I knew that the last thing she wanted was to go slowly over a period of several days or weeks, so I let her know that we all loved her, that we would all take care of each other, that our son Nathan would grow up to be an extraordinary man, that she should not worry, and that she could let go and find her peace. Less than 10 minutes later, she did.

Just over 9 years ago, I made a new friend online. A month later, we met in person, still as friends. A month after that, she asked me to go out for what I thought was a friendly night of drinks, but she had other intentions, which were obviously welcomed by me. A year and a half later, we were married. We bought a house together, traveled, started our family, and all the rest. She gave me the best 9 years of my life; a good deal of which is chronicled on this website. For that I’m eternally grateful. Knowing what I know now, I’d do it all over again in a heartbeat. She was one of a kind. I love her. I will miss her dearly.

In a very private ceremony upon Sunset Cliffs in Ocean Beach sometime soon, a small group of family will lay her ashes to rest upon the shore where she can bask in the warm glow of the sunset every evening. It was her wish. It is my bidding.

Thank you to everyone who visited, sent cards, sent flowers, sent care packages, brought food, brought love, prayed, kept her in their thoughts.

Posted on April 8, 2009 by Dionne
Posted in Fun stuff | Leave a comment