I can’t believe it’s been four years already. Time sure flies. On Thursday, Nathan opened his gift from Grama and Papa: light-up sneakers! He looooves them. On the Friday before his birthday, we woke up early (as usual) and opened presents from Daddy straight away! Among the gifts were underwear, pajamas, bionicles, and star wars action figures, but the crown jewel was the transformers scooter. Later that night, we had birthday dinner with Mimi and G along with Yee, Jami, and Hammy at The Old Spaghetti Factory. 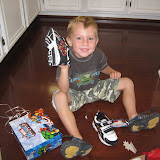 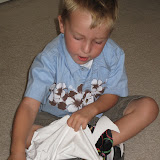 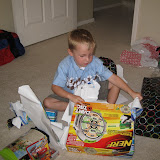 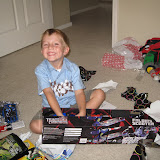 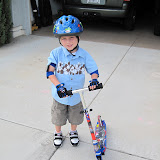 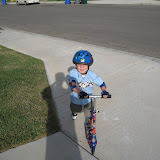 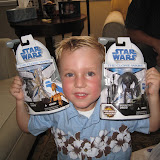 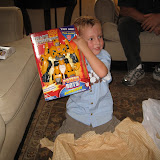 On his birthday (proper), we had a transformers-themed party over at PlayWerx with a bunch of his friends. All the kids had a great time on the climbing structure and eating pirate booty, pizza, and birthday cake. 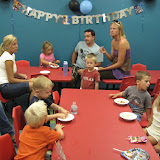 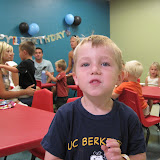 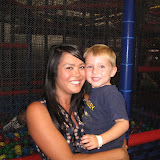 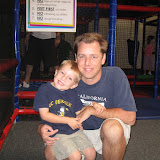 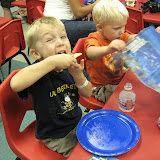 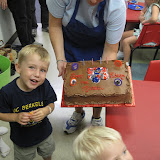 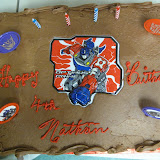 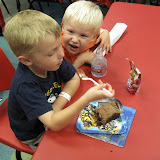 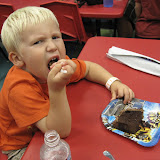 We closed the day out by opening presents at home. Not a bad haul for a 4-year old! 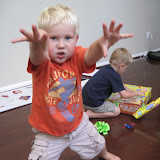 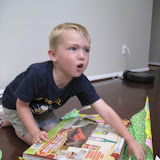 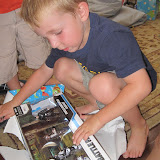 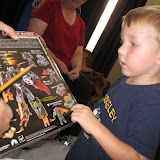 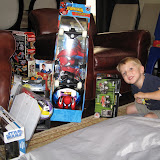 This entry was posted in Fun stuff, Kid stuff and tagged birthday, nathan. Bookmark the permalink.